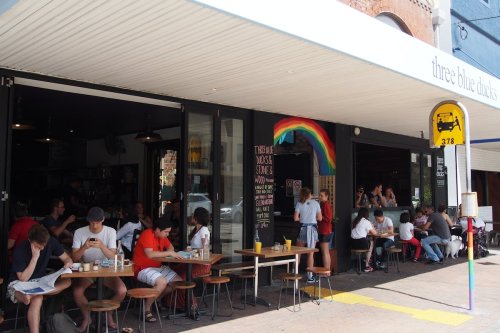 I’ve had a hot and cold relationship with Three Blue Ducks.  Opinions have been mixed during previous reviews and it’s about to have an even more tumultuous time.

My guests and I didn’t mind waiting for our table because we’ve visited before and know the score.  Despite TBD’s expansion shortly after they opened, you’re still going to need to put your name on a list when you arrive for a weekend breakfast.

When our number was up, we were directed to our table without fuss.  The service was consistent throughout the morning with someone always within arm’s reach and happy to help.  TBD is a buzzy location but you can still have a conversation.  There wasn’t much noisy traffic in the morning but this can build later so beware those loud buses! 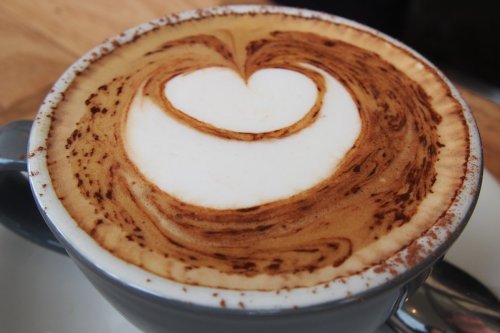 The coffee ($4) hit the spot as usual at TBD.  Mine was gone in a flash and fellow connoisseurs who are usually hard to impress, were very pleased with theirs.  You can buy bags to take home and after trying it, that’s exactly what you’ll want to do. 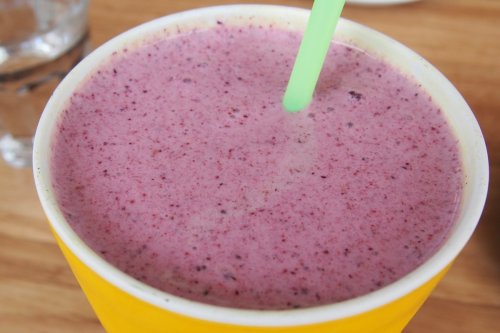 Believe it or not, that’s a chocolate milkshake ($7).  The photo doesn’t lack colour, that’s just how it looked and the chocolate taste was also as absent.  Shakes need to hit hard with the flavour.  If I’m going to drink a whole glass of flavoured milk, I want it to be worth the fullness I’ll feel after!  Salted caramel or vanilla shakes are also available but based on the example I tried, I wouldn’t give the shakes another chance.

The same can be said for the berry and banana smoothie ($7).  They kindly agreed to combine the two flavours of smoothie that they offer but I could not detect any banana.  There wasn’t much berry flavour either for that matter.  The result was slightly thinner than yoghurt and about as much flavour which was very disappointing.

The bacon and egg roll ($16) is made a bit more special with pimento salsa and hollandaise sauce.  Constructed well and on a firm but soft roll, my guest enjoyed this well-crafted sandwich.  Some more bacon wouldn’t have gone amiss but the elements combined well and expectations were met.

One of my guests raved about his corn fritters ($24.50).  He was pleasantly surprised by a departure from what he had expected: “two egg shaped fritters were the centerpiece of this smashing breakfast”.  They are accompanied by guacamole, fermented cabbage, jalapeno, herb salad, labneh and poached eggs.  He initially questioned the dill however his palate certainly enjoyed the journey and gushed over the perfectly cooked eggs and smooth guacamole.  This dish has the ability to rate much higher in our books but we simply cannot justify the price.

Having enjoyed the French toast ($20) so much previously, I was excited for this dish.  Things have changed though and it did not impress as much.  The long (and too tough) slice was definitely not soaked enough so with all of the cutting you’ll definitely feel as though you’ve earned each bite.  Served on the toast is raspberry labneh, fresh berries and nut praline.  Each of these elements brought a smile to my face but the toast itself let it all down.  For $20, I expect to be sampling perfection or at least close to it.

For me, Three Blue Ducks has lost its shine.  With prime positioning and an obviously burgeoning base of customers, TBD should be taking the opportunity to churn out something special but most of what I tried fell well short and that is inexcusable for prices that are well above 90% of cafés that I review.  The coffee and service are its two saving graces.