Despite the menagerie of toys & trinkets in the window and the prominent signage, I had never noticed The Old City Café on Darling Street until a friend told me about it.  All they needed to mention was the fact that the café projects classic cartoons onto a screen and I knew I wanted to visit…

Sure it’s a gimmick but it’s a unique one and it’s a great talking point.  Memories of your youth will come flooding back from the moment you step inside… Golly Wogs, action figures, cricket bats, vinyls, finger puppets, wooden tennis rackets!
Not since Robocog has there been an interior that is so memorable.  While I certainly see some outstanding designs during my reviews, this is certainly one that will stick in my mind.
The atmosphere is laid back and the music is also a throwback to yesteryear.  While our food did take a while to arrive, someone at least did come over to apologise for this. 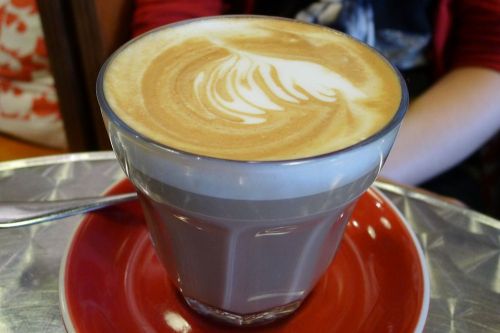 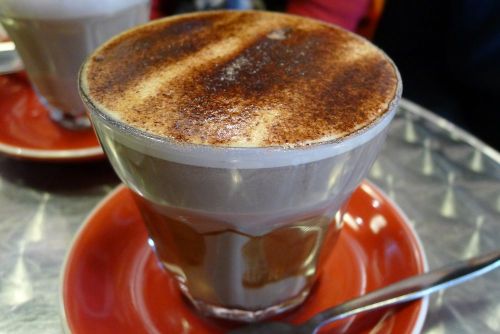 The coffee is another standout aspect of The Old City Café.  While it received high praise from both of my guests this morning, I also noticed an accomplished tea menu with about twenty (mainly T2) varieties.  The short of it is if you’re after a laid-back place to enjoy a hot cup of caffeine, you’re found your spot! 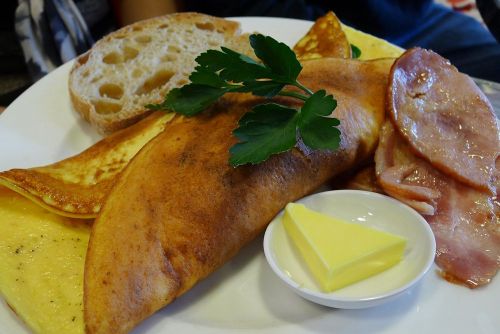 The menu is quite short but there would be something for most people.  The Old City omelette ($14.90) is offered with mushrooms, cheese, baby spinach, Spanish onion and cherry tomatoes.  While the picture doesn’t do it justice, the interior was filled with plenty of the promised ingredients and they had all been cooked well.  There was minimal seasoning, letting the mushrooms and spinach take over.  The one down-side is that it did not come out of the kitchen very hot.  While they had run out this morning, I’d recommend adding chorizo to this!  My guest did order bacon ($3) on the side which was cooked but we all thought should have been crispier.

The Old City breakfast wrap ($9.90) is another solid-sized dish.  Inside you’ll find scrambled egg, wilted greens, cheese and Hollandaise sauce.  For the wrap itself, you have the choice of spinach or gluten free.  My guest wanted more flavour from this meal and was disappointed that it was also not served hot enough.

Eggsactly ($8.90) offers you two free range eggs either scrambled or sunny side with toast (and a dash of paprika according to the menu but I could not discern any).  The sides I added were bacon, roast baby tomatoes and refried potatos ($3 each).  The bacon and tomatoes would have been more flavoursome with more cooking time but the potatoes were well seasoned.  I should have also added cheese (another side option) which would have worked well. 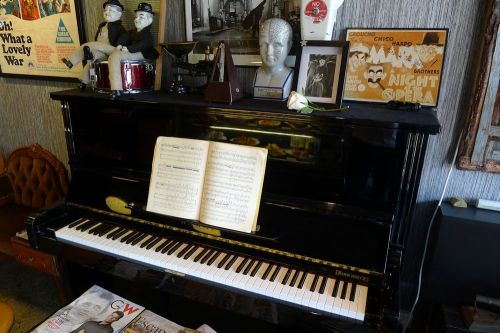 The Old City Café has its atmosphere, coffee and prices all going for it.  Keep an eye on their Facebook page for live music announcements.  Our meals slightly missed the mark and I would certainly like to visit again as I really want to be able to provide them with a higher score!
Let me know if you’ve been and what you thought.