Want to try a Spanish inspired breakfast in Sydney?  If yes, Delicado Foods is the right place.  The liquor store on the corner boasts wine tastings and exotic wines and next door the restaurant offers a range of delights from chorizo to churros to trifle.  If you’re feeling game order the café carajillo (adults only) which is a black coffee served with a shot of Spanish brandy but at $14 a pop it doesn’t come cheap.  Sit outside if you like tree lined streets or take a seat inside if you prefer a busy deli-like dining experience. 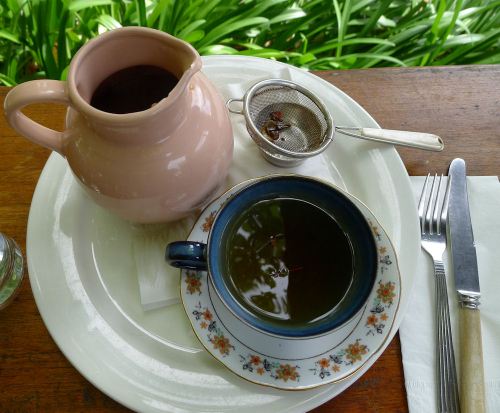 First up April tried the Spaniard tea ($6.50) which was described on the menu as the ‘Delicado signature blend of orange blossom with smooth black tea leaf, star anise and precious saffron’. The waitress announced that it was served with honey and was one of her favourite drinks on the menu.  Unfortunately it didn’t live up to its reputation.  There was a small dolop of honey in the tea cup at the beginning, some extra on the side would’ve been nice to add as you go.  The dominant flavour was star anise and it overpowered all of the others.

The café canario ($4.50) was a strong shot of coffee with a layer of condensed milk below.  Give this a quick stir and drink it straight away as it does cool quickly.  This was very strong but a great flavour hit.

Dane tried the Delicado bacon + egg panini ($14.50). The eggs were fried the right amount and dusted with paprika and the bacon was plentiful.  The panini was thick but airy and crunchy.  We found the serving slightly too large for the plate and a bit clumsy to maneuver around.  Alone, this meal didn’t really stand out beyond dishes that we normally eat but for the heat-lovers, we recommend spicing it up a bit… see the sauces below. 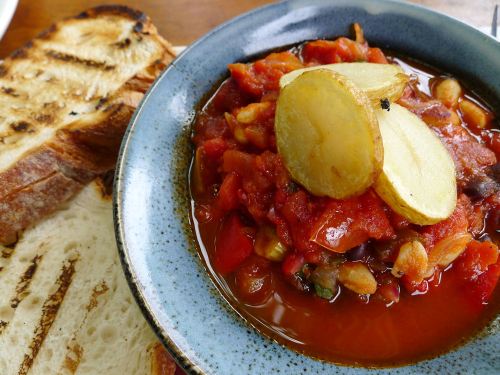 April tried the Baked Beans ($16.50) which is described as ‘slow cooked great northern white beans, sautéed kipfler potatoes, blanched asparagus and toast’.  While the meal did look great (see picture above) it didn’t resemble the description very well.  The beans were few, the potatoes fewer and the asparagus was nowhere to be seen.  When questioned, the waitress admitted that they were out of asparagus and later offered us some spinach.  There was far too much tomato in the dish and $16.50 seems terribly overpriced.  Let’s just say we weren’t impressed.

Our waitress offered to bring us some hot sauces and came back with a crate of various flavours and heat levels.  Dane tried all of them and found the least spiciest of the three habanero sauces to be the tastiest but it still packs a punch!  Be sure to request some of these to try if you think you can handle the heat!

While our opinions are divided, it would be smart for us to give Delicado a second chance.  It seems like the type of restaurant you would go to with friends for tapas and good wine.

Blues Point Road has many cafés but we’re yet to find an exceptional one (please comment if you disagree and we’ll be sure to add to our list).  We recommend packing a picnic and heading to Blues Point Reserve at the end of the street.  It has amazing views of the harbour bridge and opera house and it won’t cost you the earth.

This entry was posted in Sydney - North Shore and tagged Dog friendly, Outdoor seating, Parking close by. Bookmark the permalink.